HomeMed-Tech InsightsMaternal and child-health: What can emerging economies learn from Sri Lanka?

Maternal and child-health: What can emerging economies learn from Sri Lanka? 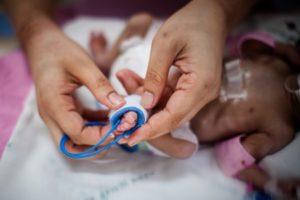 Sri Lanka is one of the few countries with an impeccable record in maternal and child health outcomes. At ~35 deaths per 100,000 live births, the country has one of the most impressive maternal mortality rates in the entire APAC region. Policies focusing on empowering and training midwives have been critical to the country’s success in this regard.  In addition, Sri Lanka has also been able to effectively utilize health information to identify challenges and guide their decision making.

In 1930, Sri Lanka was faced with a daunting task of curbing their maternal mortality rate which stood at 2000 per 100,000 live births. Some of the key steps taken since then are summarized below:

Certain challenges related to maternal death from postpartum haemorrhage and unsafe abortion, and perinatal deaths due to congenital abnormalities and prematurity remain. However, given the country’s sustained focus on improving maternal and child health, Sri Lanka is expected to march steadily towards its specific millennium development goals.