HomeAFRICALessons from Africa – How Algeria is improving maternal care

Lessons from Africa – How Algeria is improving maternal care 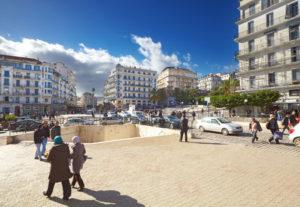 Combating maternal mortality is a long and ongoing struggle across all developing African countries. Nearly 400 women die every day across the continent during delivery or due to pregnancy related complications. About 15-30% of all deaths in African women are associated with pregnancy, labor and the 6-week period after childbirth.

Algeria has established itself as the North African leader for maternal care by effectively reducing its maternal mortality rate (MMR) from 523,000 in 1990 to 289,000 by 2015. The country aims to reach an MMR of 50 deaths per 100,000 live births by 2019. Despite several latent challenges including high burden of premature births (about 35,000 neonates born each year with perinatal asphyxia and prematurity), the country continues to a demonstrate a sharp decline in its maternal mortality.

The establishment of the UN’s Millennial Development Goals provided the much-required impetus on the Algerian government to improve its maternal care. With the private sector being at a relatively nascent stage (<200 private clinics with medical and surgical facilities including hospitalization), the public sector has dominated various initiatives in improved maternal care outcomes:

Training of doctors and medical staff: In 2006, maternal mortality in Algeria was 92.6 deaths per 100,000 live births despite having 95% attended births. This clearly highlighted the lack of training and relevant skills amongst nurses, midwives, and doctors. Since 2009, the MoH has collaborated with the FAPH (Algerian Federation of People with disabilities) and the Sanofi Espoir Foundation to train over 900 professionals from 4 University Hospitals (Benni Messous, Kouba, Oran, Bab El Oued) on multidisciplinary management of pregnancy

Investments in healthcare: Algeria’s healthcare expenditure is about 7.2% of its GDP; a value much higher compared to other African countries including Kenya (5.7%), Nigeria (3.7%) and Morocco (5.9%). These investments have helped establish successful disease detection programs and while enabling upgradation of health facilities

Collaboration with UNICEF: In 2015, the government collaborated with UNICEF to develop a multi-year maternal mortality reduction plan. Based on an analytic framework devised by national health experts, the plan offers a structured way forward to prevent avoidable deaths. The framework utilized a systematic internal audit mechanism to review each death, with a view to understand where the health system could have acted more effectively

Emergency Plan to lower MMR: In addition to the ongoing National Maternity Plan, the government launched an emergency plan in 2016 to reach its target of 50 deaths per 100,00 live births by 2019 against the current 60.3 deaths. The five main objectives set by the plan are: strengthening of family planning, improving healthcare during pregnancy, birth and postpartum, improving governance for reduced maternal mortality, through social mobilization and strengthening communication between health providers

NICUs in tertiary care: In 2011, the decision to have NICUs in all tertiary care hospitals (CHUs) was made. While all CHUs do not necessarily have adequate NICU equipment, this has been a step in the right direction, aiding emergency care for neonates

While such initiatives indicate promise for Algeria to meet its MMR targets, Algerian mothers and infants are likely to benefit from trained healthcare professionals and improved infrastructure in maternity wards in public hospitals. With the government leading the way, private sector is likely to benefit from the existing momentum and availability of resources to aid their expansion.