HomeAFRICAEthiopia’s tryst with teleradiology – Will it reap benefits?

Ethiopia’s tryst with teleradiology – Will it reap benefits? 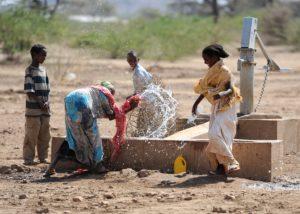 With around 5,500 doctors, Ethiopia’s ratio of doctors to the general population is 1:17,000. This thinly spread ratio of doctors has been the cause of patient polarization from rural areas to major cities for basic diagnosis and treatment. Particularly for diagnostic imaging, there are only around 200 radiologists who are mainly concentrated in Addis Ababa. The disparate distribution of radiologists has been a key contributing factor towards late detection of various cardiovascular, as well as oncology related conditions.

Facilitating diagnosis through tele-radiology: With the objective of overcoming this challenge, the Ethiopian Health Ministry has set up Teleradiology units at 60 hospitals across the country in August 2017. This could lead to radiological images being interpreted by radiologists who are not necessarily on site.

Ethiopian hospitals in rural areas are networking with medical centres where the required facilities and trained radiologists are available. A recent example of teleradiology in the rural areas is Soddo Christian Hospital which is located in Southern Ethiopia. In 2014, a foreign non-profit organisation installed a CT scanner and was managed by a Norwegian radiologist. In his absence, teleradiology helped provide continued care to the patients resulting from a partnership between Soddo and University of Alabama at Birmingham (UAB) Hospital Department of Radiology.

In the recent times, some of the major hospitals such as St. Paul, Black Lion, Gondar, Bahirdar, Jimma, Haramaya university and Ayider hospitals have been identified as key diagnosis hubs. This set up aims to ensure that a patient gets treatment from a nearby smaller health institution equipped with the necessary IT and medical facilities.

How could private participation aid adoption: With the inflow of several foreign NGOs and investors taking keen interest in the development of African countries including Ethiopia, the hospitals from rural areas may have the opportunity to apply for grants to procure radiology equipment. Reciprocating such efforts is the interest of companies such as Africa Telerad and Teleradiology Solutions who have been looking to provide continuous diagnostic support in such countries. Their services aim to cover detailed and comprehensive reports for all modalities such as CT, MRI, CT angiography, Ultrasound, X-ray and Nuclear Medicine. Continued efforts from similar private sector initiatives may aid generation of swift radiology reports for optimal patient care and shorter Emergency Room stays.

The training conundrum: While funding and support may address the preliminary need for equipment installations, the lack of skilled technicians may continue to hamper adoption rates. Initiatives such as the one by World Health Organization (WHO) to train engineers in Africa for repair and maintenance of hospital equipment may need to be extended in Ethiopia. Current involvement of both public and private sector towards skills development is limited, thus providing ample opportunities for growth. The African Biomedical Engineering Consortium (ABEC) consisting of 16 institutions including Addis Ababa Institute of Technology is looking to develop a robust and dynamic biomedical device sector in Africa by focusing on the human capital. The consortium is focusing on the skills needed to install, maintain and upgrade medical equipment.

Teleradiology is making significant strides in the African continent towards healthcare access and early diagnosis. A notable positive outcome of teleradiology emanating from another East African country – Tanzania, could motivate Ethiopia to continue its focus on teleradiology. In 2015 itself, Tanzania reported over 2,500 successful teleradiology cases. While teleradiology initiatives are beginning to yield positive outcomes at a gradual pace, their true potential could be harnessed if such programs become commercially viable. Overall teleradiology could provide a stable platform for improving radiodiagnosis and treatment planning in Ethiopia. It would however require the support of medical equipment manufacturers, teleradiology service providers, NGO’s and private entities to invest in Ethiopia’s healthcare system to reap long-term benefits.